Intended use: Strength and conditioning 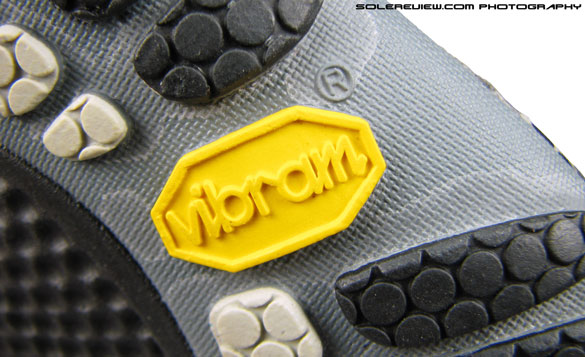 Vibram has been in the footwear business long before they even thought of making the Five Fingers. Founded in 1937 by Vitale Bramani (Vi-Bram), the brand has its roots in mountaineering, having made the worlds first vulcanized rubber sole meant for climbing. Called the ‘Carrarmato’ (tank thread), the 1937 invention utilised material technology from Italian tyre manufacturer Pirelli, and set the foundation for the brand’s growth in the years to come. For past many decades, it has been the world’s leading outsole supplier to countless footwear brands, across categories such as mountaineering, outdoor running, safety shoes and military standard issue.

Most of us would have come across the familiar yellow Vibram Octagon outsole logo in one shoe or another. Practically every brand involved in making performance outdoor footwear have used Vibram outsoles. Adidas, Nike (during the ACG era), Salomon, Merrell, Columbia, and The North Face, for example. You name the brand, and there’s a high chance they’ve used Vibram at some point of time. It has an unbelievable amount of toe hold, pun intended, on the outdoor footwear industry, equalled only by its apparel equivalent, Gore Tex. For a shoe, using a Vibram outsole means as much as an Ivy league degree does to a college grad – the yellow octagon meant a hallmark of rubbery superiority.

Sixty four years after Vibram made the ‘Carrarmato’, industrial designer Robert Fliri proposed the idea of Five Fingers to Marco Bramani, the founder’s grandson. Soon after, work began the on the unique Five Fingers concept, and by Boston Marathon in 2006, the Five Fingers classics was officially released. In the first year, Vibram sold 8,000 pairs of the Five Fingers, and sales tripled every year after that till 2009, a year which everything. [1]

There is unanimous agreement on what kickstarted the barefoot or zero drop phenomenon. It was undoubtedly the publication of the best selling 2009 book, ‘Born to run’ by Christopher McDougall [2]. The book chronicled the distance running culture of the Tarahumara tribe, where participants ran ultra-challenge distances in nothing more than a pair of home made sandals with zero cushioning or stability features. What even made the tribe so remarkable that the years of running long distances did not appear to result in injuries, with Tarahumara Septuagenarians still putting in mileages which would seem out of reach for most urban runners. Mr. McDougall stressed that the key to effective and injury free running was technique, and not running shoes with all their cushioning and motion correcting devices.

Two things happened simultaneously soon after the book came into the market.