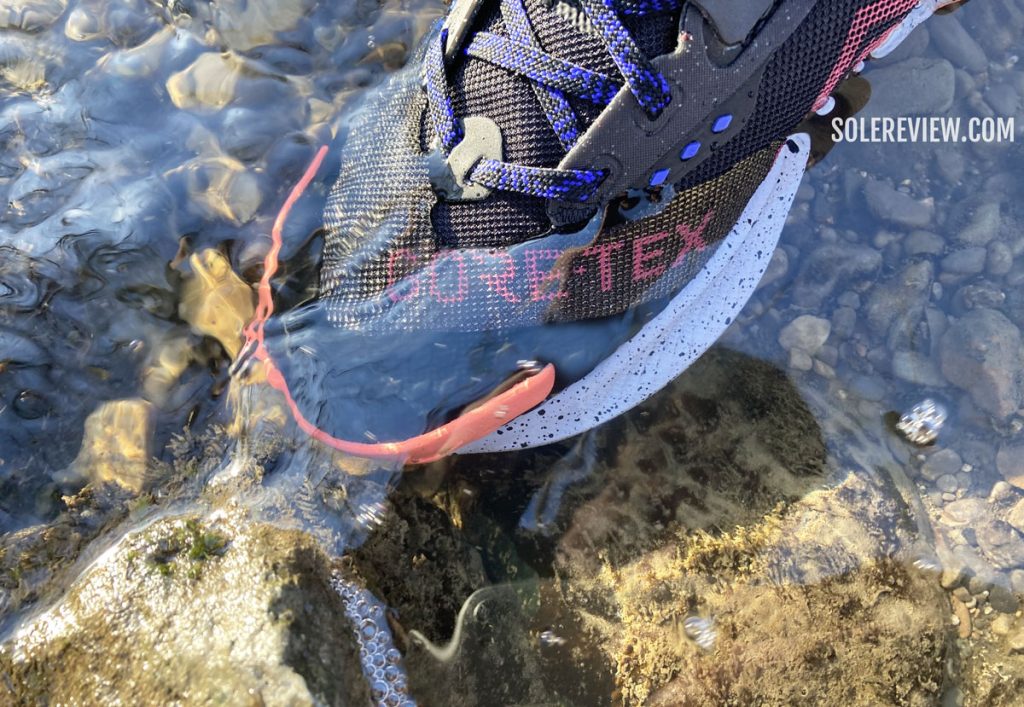 This article has been updated with current models for February 2022. The Nike Air Force 1 Gore-Tex is a new addition.

Looking back at the last two decades, Nike has had a love-hate relationship with Gore-Tex waterproofing.

Waterproof Nike footwear with a Gore-Tex membrane used to be a common sight during the mid to late 2000s. Unlike today, Nike ACG – short for ‘All Conditions Gear’ – was a technical product category back then, with a broad assortment of outdoor footwear. Many of them even had waterproof GTX uppers. 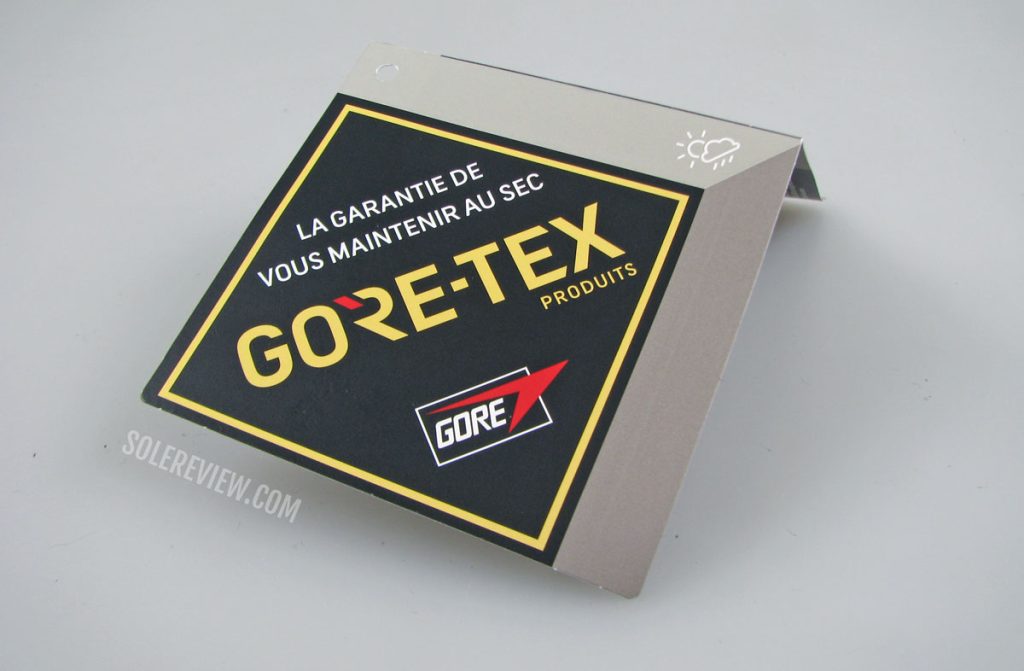 Soon after, Gore-Tex equipped footwear disappeared almost entirely, only to emerge recently on the Pegasus Trail. Sure, there have been stray sightings of Nike + GTX now and then. However, the availability was always scarce and inconsistent.

Instead of waterproof Gore-Tex footwear, Nike has sold its seasonal ‘Shield’ assortment every year. Having said that, Nike Shield shoes are water-repellent and not waterproof. Also, Nike Shield is specifically designed for cold weather with additional features like high-visibility trims and insulation. 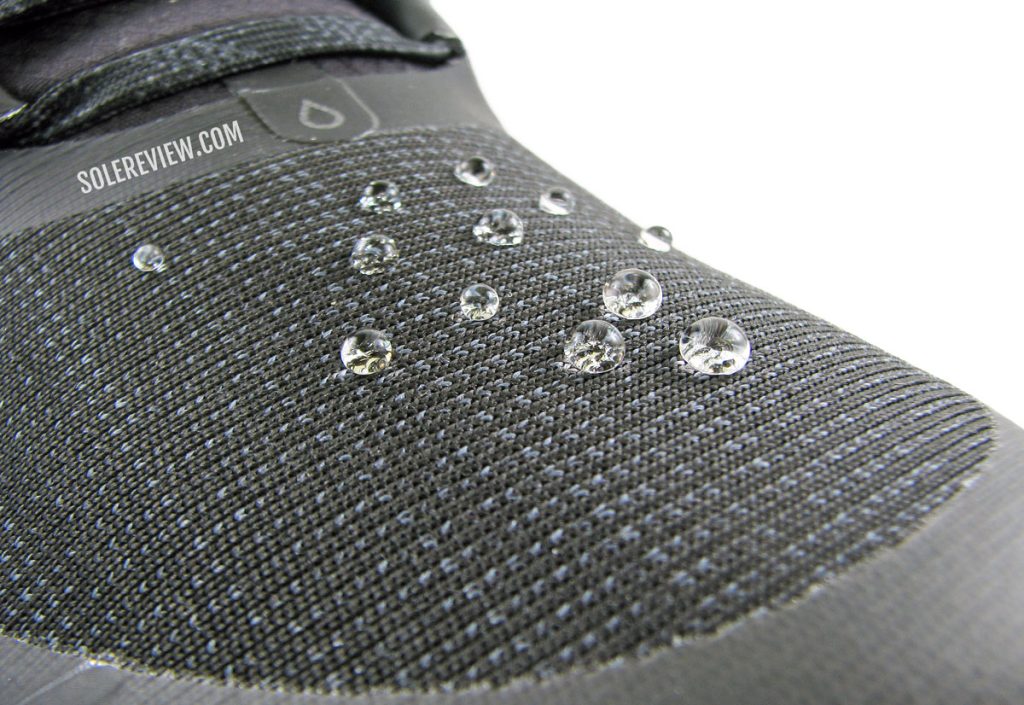 The Pegasus Shield has a water-repellent upper mesh, but is NOT waterproof.

Though we’ve featured the Nike Pegasus 38 Shield and React Miler 2 Shield on this guide, they are second to Gore-Tex footwear from a waterproofing perspective. Nike Shield shoes lack a waterproof membrane and instead rely on water-repellant surface finishes and fused overlays.

We all know of Nike’s most popular Gore-Tex shoe – the Pegasus Trail 3 GTX. On a related note, we recently reviewed this product in detail. But besides the versatile Pegasus, what else is there?

Not a lot, we’re afraid. We caught a recent glimpse of the Nike Air Force 1 Gore-Tex in a low and mid, but its stock availability is spotty. It’s worse these days, with all the global supply chain struggles and inventory shortages. Otherwise, the AF1 in a Gore-Tex avatar makes perfect sense. At the time of updating this article, the stock was available in most sizes. 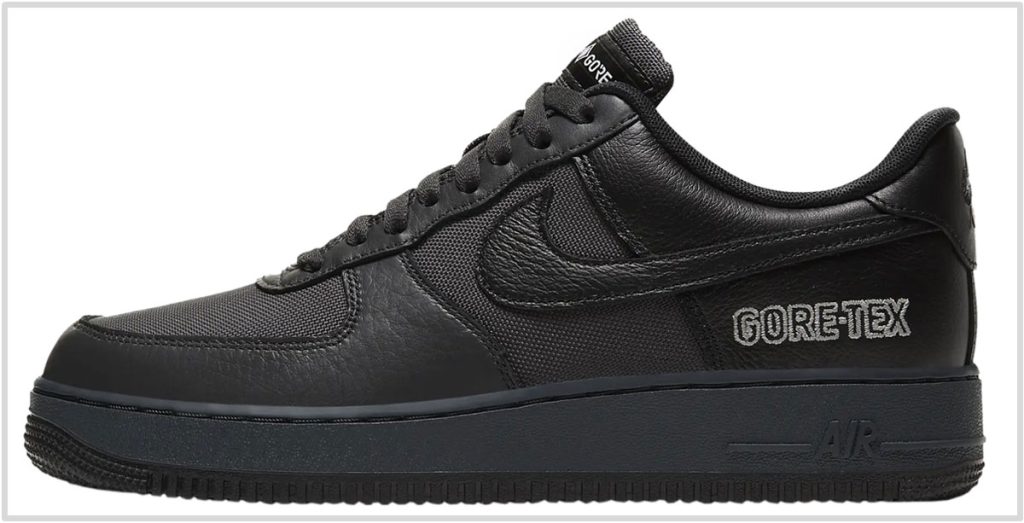 The Air Force 1 is Nike’s most popular sneaker that also happens to be comfortable and durable.

Many people wear the black or white variants of the AF1, so retro-fitting it with a waterproof membrane only adds to the shoe’s versatile nature. 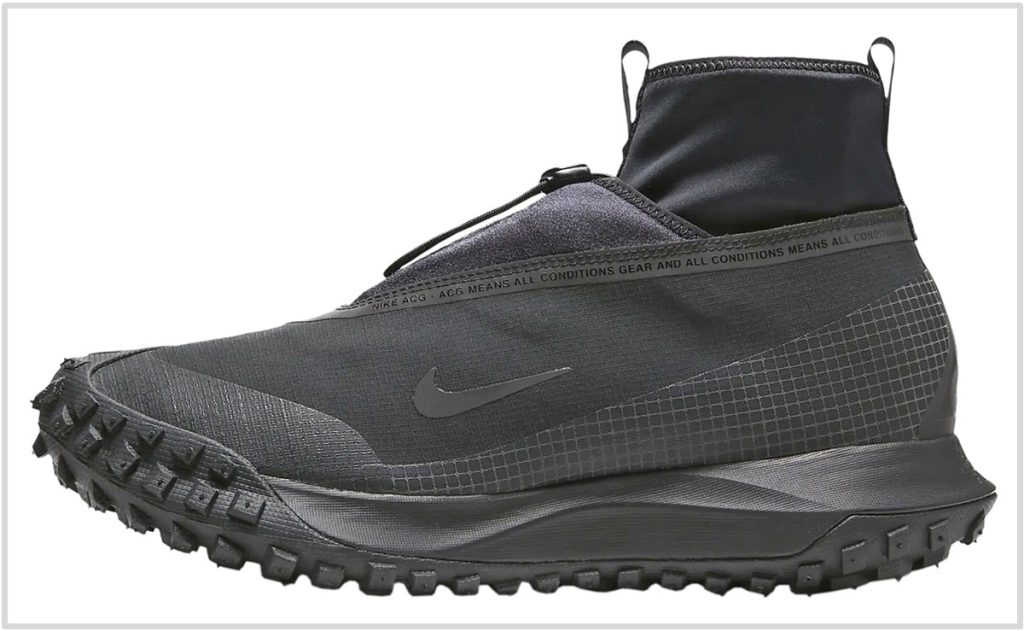 Nike’s technical, non-running catalog has a couple of GTX shoes. Those would be ACG Mountain Fly GTX and the SFB Gen 2.8 Gore-Tex, a waterproof variant of the Free-inspired tactical boot.

At the time of writing this guide, we don’t see the Mountain Fly in stock. We’ll keep this updated when new products show up.

Though this shoe is marketed as a trail shoe, it’s a road-trail crossover that also does well in urban conditions. The lack of gaiter attachment points and upper protection limits its use to gentle slopes or flat gravel and chip trails.

The soft React midsole is comfortable enough for everyday runs or casual wear, and the shallow lugs grip well on asphalt. 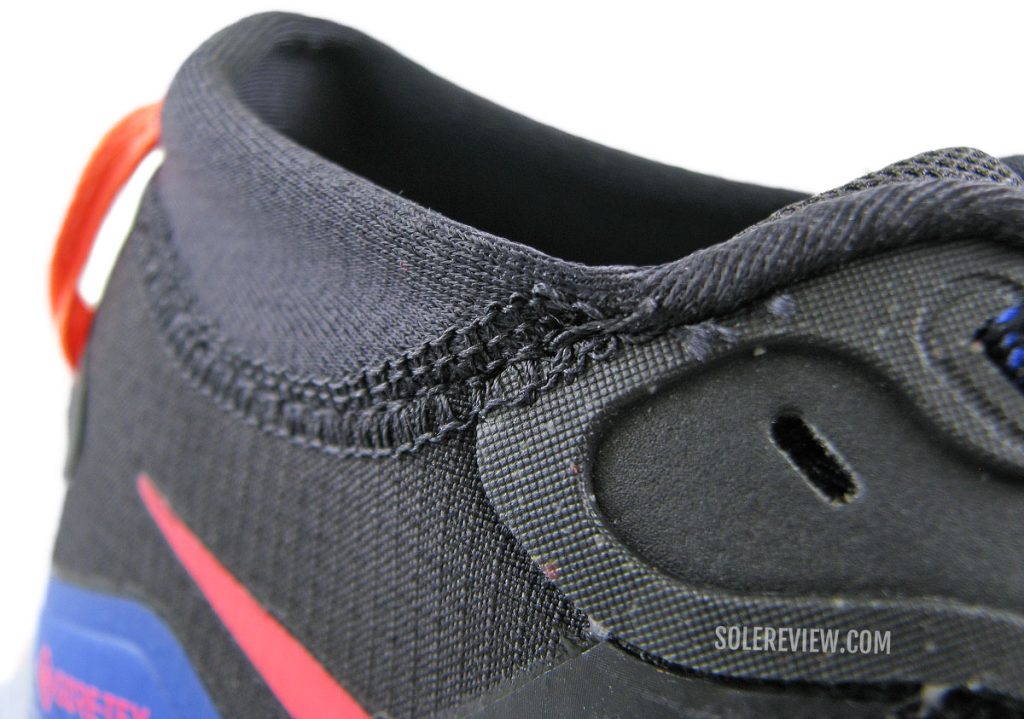 The Gore-Tex variant has the soft gaiter; the standard Pegasus Trail 3 does not. However, it’s worth noting that the Pegasus Trail 2 did not discriminate. 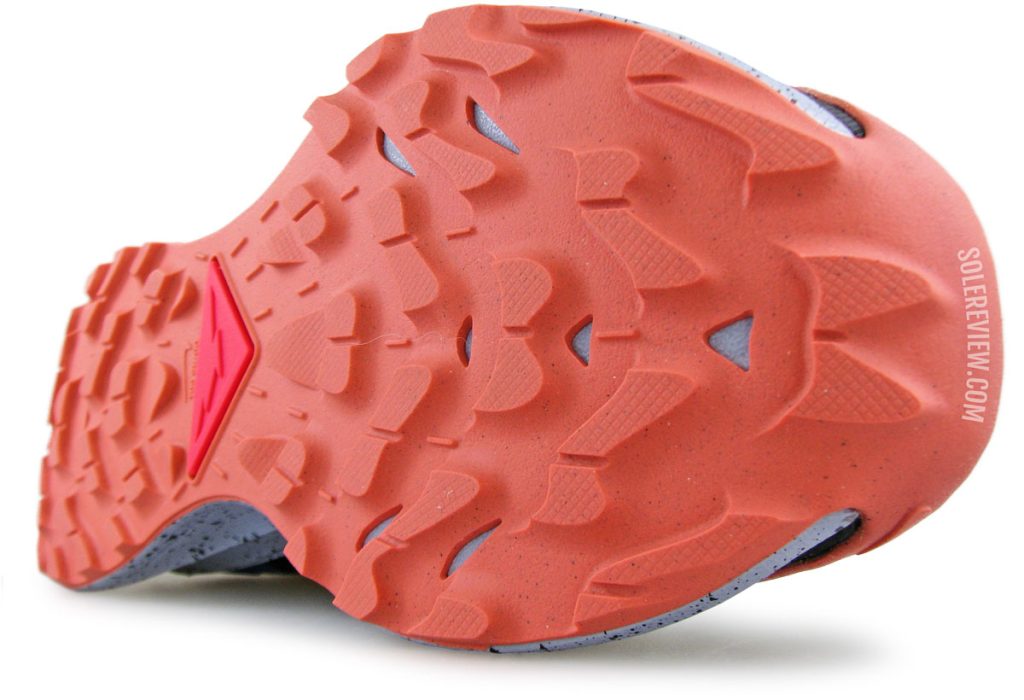 The outsole has low lug clearance, and that’s good for running on flat surfaces.

Even with the Gore-Tex membrane, the upper is surprisingly supple – therefore making it a comfortable shoe for most use cases. The heel has a soft gaiter extension to prevent the debris from getting inside.

The waterproofing is effective till the gusset attachment point, so this shoe keeps the feet dry during most rainy days. 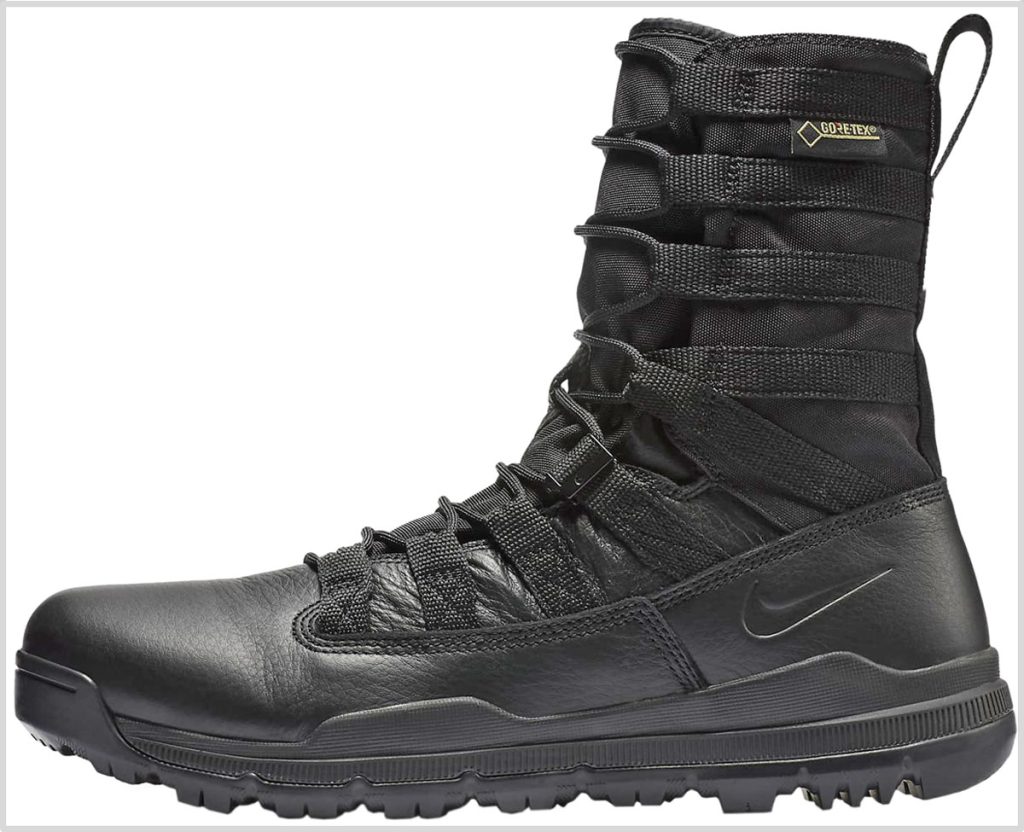 Like many brands, Nike has a history of supplying law enforcement and the military with tactical footwear.

Within the general athletic footwear industry, the Nike SFB (Special Force Boot) and Oakley SI Assault boot are two of the most recognizable tactical boot silhouettes. They aren’t just for institutional orders, but also available to the general public.

Unlike traditional and heavy combat boots, tactical boots from Nike and Oakley use sportswear features to make them comfortable and lightweight.

In the SFB boot’s case, a modified version of the Nike Free outsole makes the midsole flexible without adding weight. An internal rock plate prevents injuries, and a 200-gram Thinsulate insulation keeps the feet dry during colder days.

The upper with the high 8” collar is sleeved with Gore-Tex to keep the water out.

These two models are winterized versions of the standard Pegasus and React Miler. They do a decent job of keeping the water out, but the uppers are not waterproof – just water-resistant.

As we said, the Pegasus 38 Shield isn’t waterproof, but rather a winter-ready variant of the Pegasus. Except for the midsole, there aren’t many shared parts with the Pegasus 38. 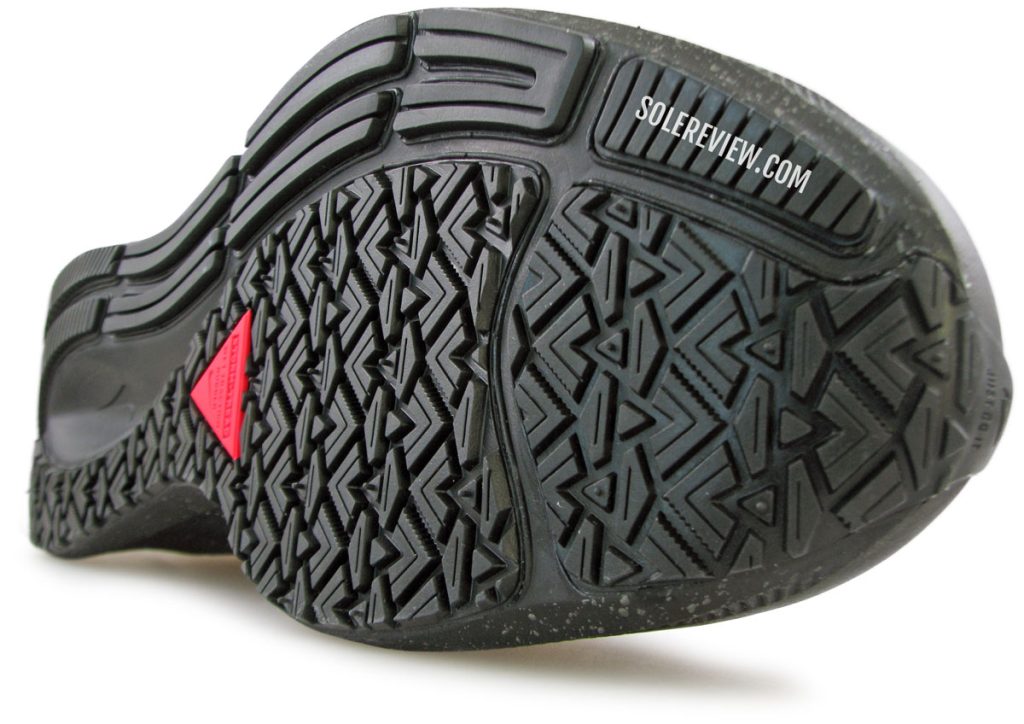 The ‘Storm-tread’ outsole on the Pegasus 38 Shield grips well on wet roads.

For example, the wet-traction outsole lugs on the Shield version aren’t a part of the standard road Pegasus. Nor is the insulated upper with the fused synthetic splash-guards on its side. The closed mesh and insulated tongue keep the feet toasty during the colder winter months. 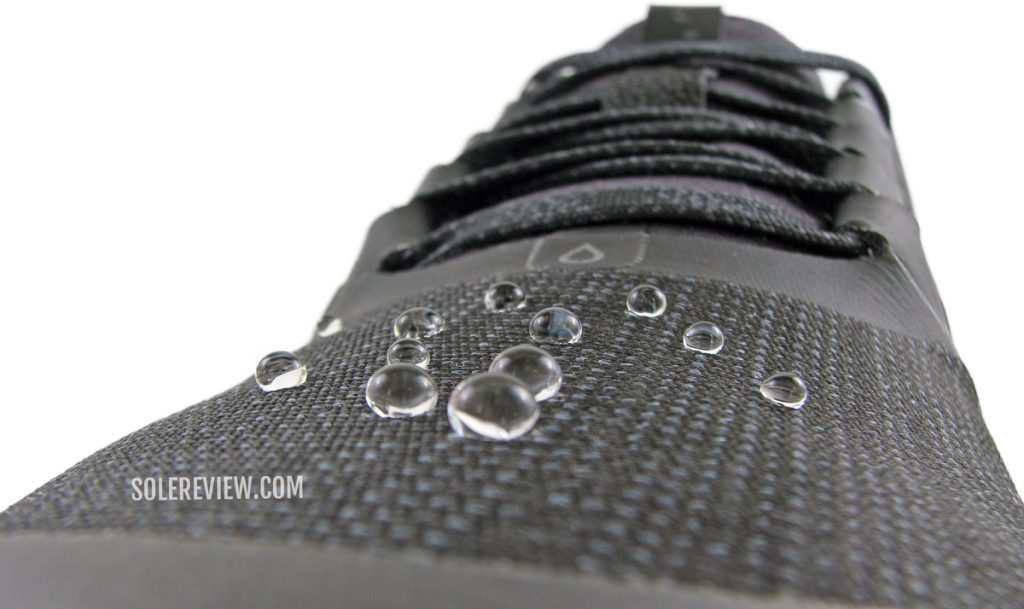 The surface finish of the Pegasus Shield’s mesh beads water.

Even though the knit mesh isn’t waterproof, it has decent water-beading properties due to the surface treatment. The synthetic mudguard on the sides is waterproof, so the Pegasus Shield has effective water-repelling properties.

All the extras come at a mere $10 up-charge over the all-mesh Pegasus. Our detailed review can be found here.

Just like the Pegasus 38 Shield, the winterized React Miler exists alongside the regular – and less expensive – model by the same name.

Though the single-density React foam stack delivers the smooth and cushioned ride from the non-Shield model, additional features like the tacky outsole and water-repellent upper make it a better running shoe for the wetter and colder weather.

Again – the React Miler 2 Shield is not waterproof. Nonetheless, the welded panels on the upper and water-repelling finish on the mesh give it a significant wet weather advantage over standard summer shoes.