To put it plainly, there isn’t so much of a gap between the last Triumph and this one when it comes to the overall ride character. This one’s a little more responsive and firmer, but that’s pretty much all there is to it. Lots of structural updates are evident, but that doesn’t necessarily correspond to dramatic changes in the final ride experience.

The upper landscape looks very familiar, because this model gets incremental updates, nothing major.

Saucony has tinkered with the new Triumph upper, leading to some improvements in how the shoe fits. Regardless, the new ISOFIT upper feels a very familiar place to be in if you’re moving on from the original ISO Triumph.

The most prominent updates are made on the forefoot, and that’s exactly where you’ll feel the difference in fit. 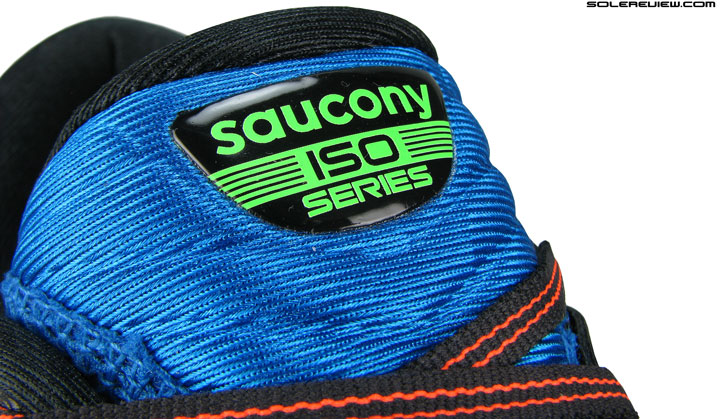 Wonder what does ISO stand for? ISO-lated fit? No, this wasn’t a joke, but an educated guess. Makes sense though, does it not? 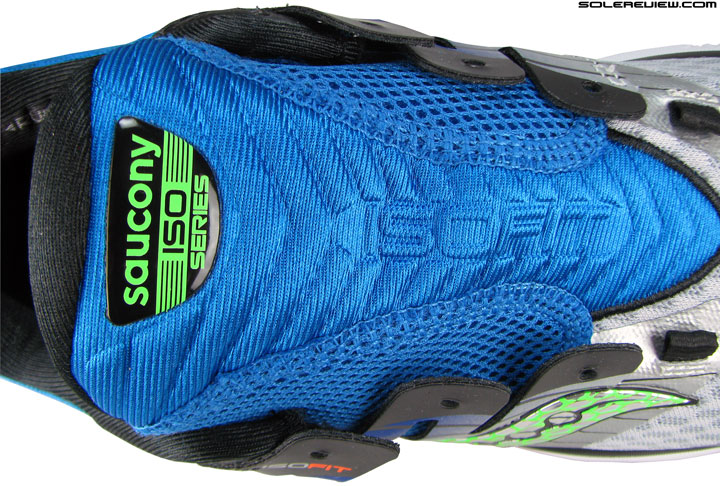 The sleeve and tongue-top design is near-identical to the 2014 Triumph ISO. Molded mesh with a wee bit of padding packed within. 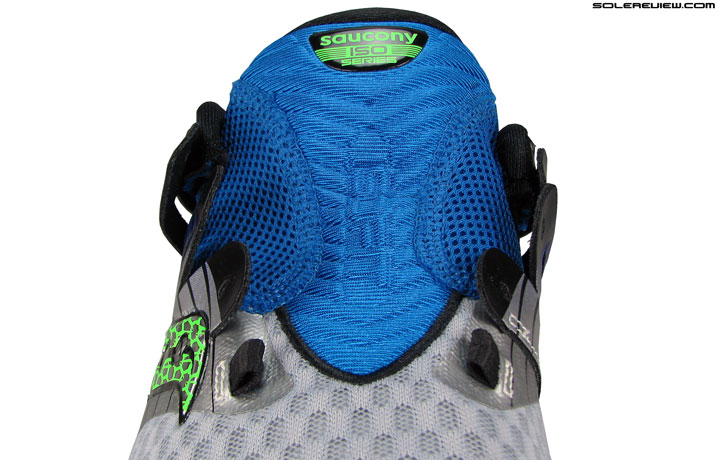 The ISOFIT floating panel when seen from the front. The ‘fingers’ or straps are independent of the midfoot upper. Except for the first row, that is. 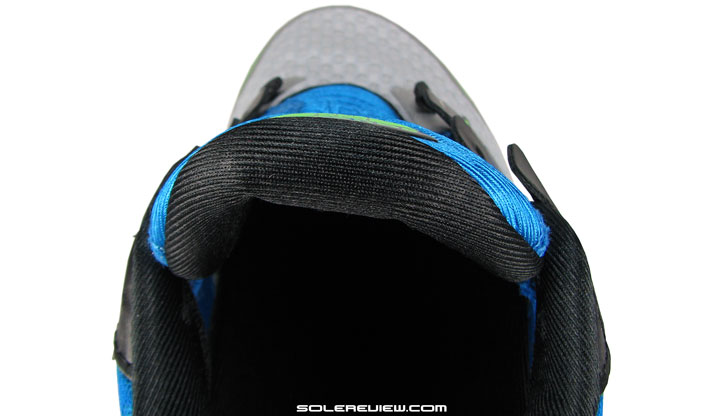 The tongue is padded, but only around the top flap area.

The ISOFIT upper design made its debut only last year, so it would be asking too much to expect any major changes. Rather, this time there are only subtle tweaks on what is a carry-forward design base.

So the new Triumph ISO 2 upper feels much like the older design, barring a few updates. 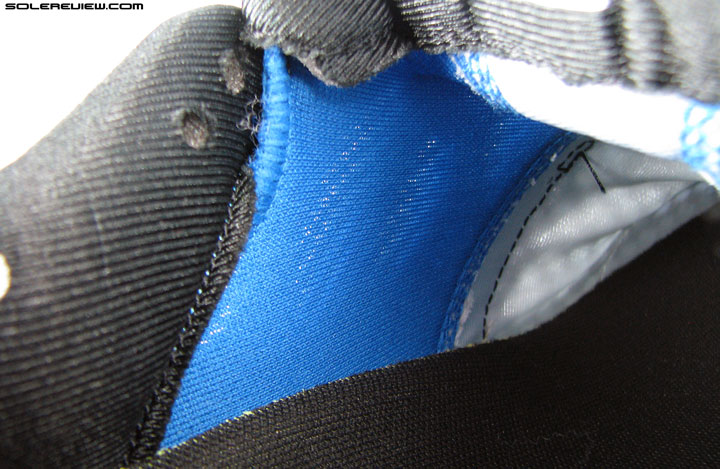 The Triumph ISO has a full sleeve, and not a gusset (half sleeve). Makes for a reassuring midfoot wrap. 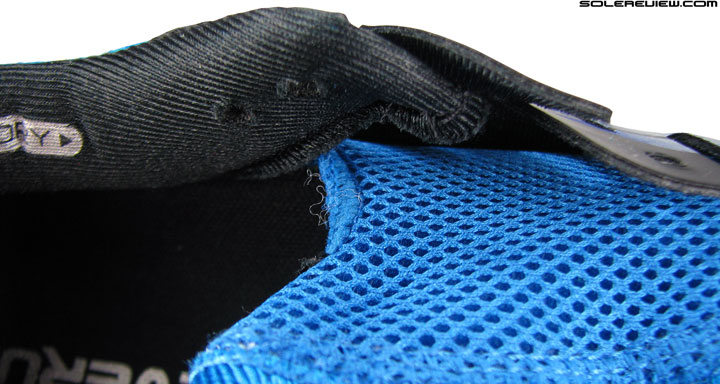 The sleeve is made of spongy spacer mesh.

What hasn’t changed is the sleeved midfoot construction with a floating midfoot panel (aka the ISOFIT), the identical heel/tongue lining and their quilting levels.

The upper seems to have shed some bulk, because even with the Everun insert, the weight class stays constant. There is just a 8 grams/0.3 oz increase over the 2014 Triumph ISO, which practically amounts to nothing. 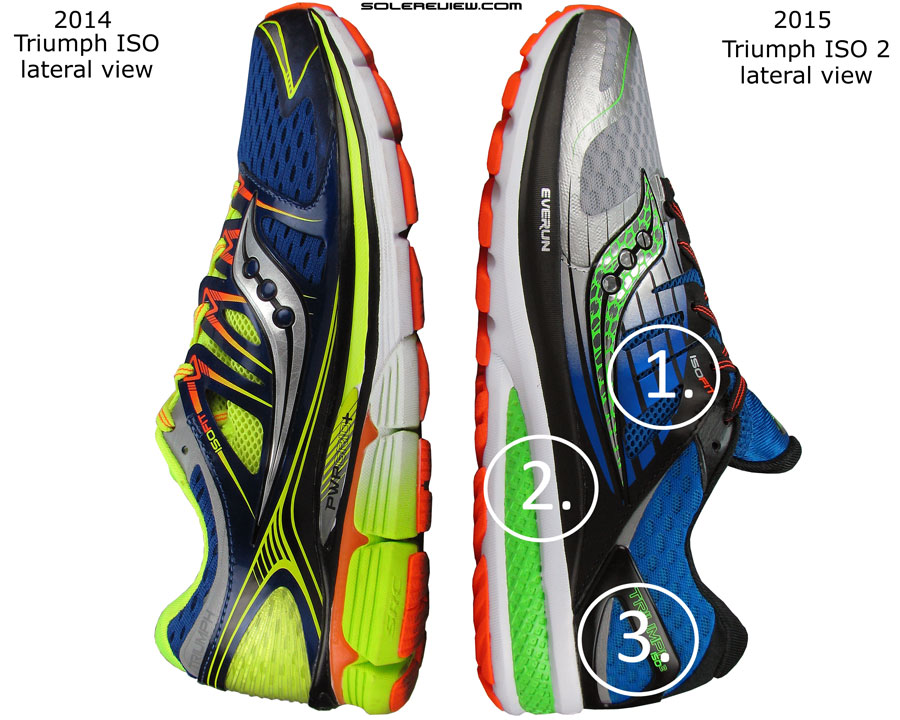 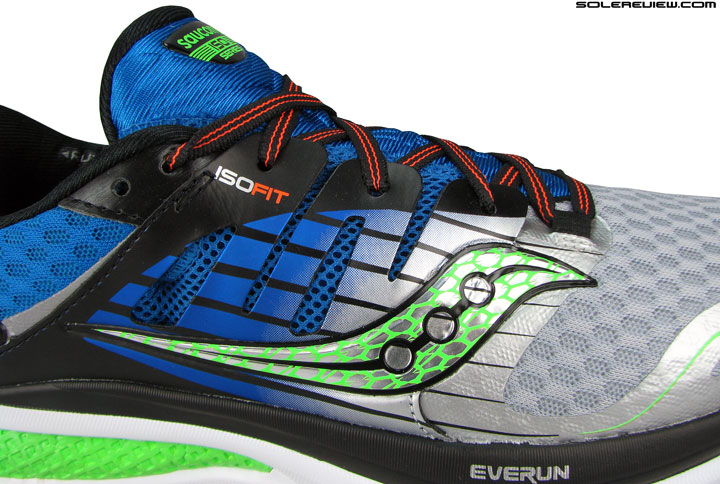 The midfoot panel has been shortened, leaving the first row of lacing alone.

Most of the structural change happens on the ISOFIT midfoot panel, which is shorter than before. The picture here clearly demonstrates the difference. When compared side-by-side, one can see the reduced coverage of the synthetic leather component.

This year, the ISOFIT side panel starts much later on the forefoot, and the rear-foot portion which was synthetic leather before has now been replaced with mesh. 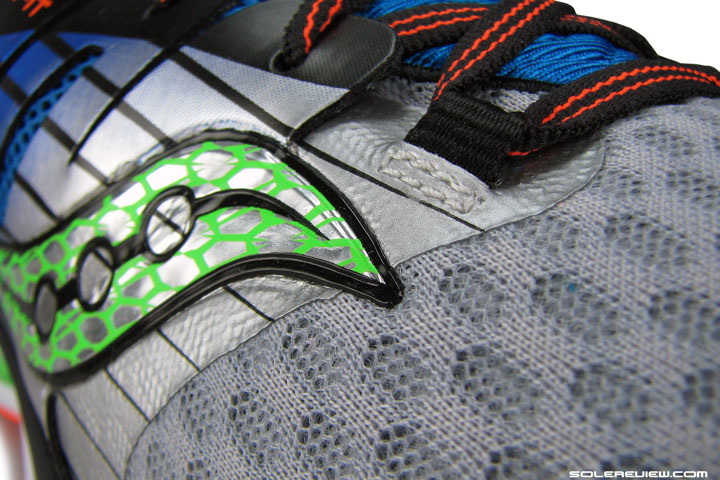 The first row of lacing is free of ISOFIT’s cinching system. That means the elimination of top-down pressure felt on the original Triumph ISO. 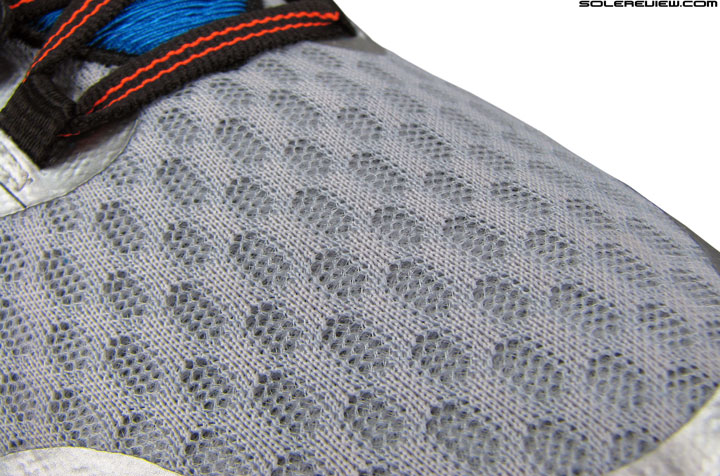 The forefoot is more relaxed that the earlier version. Mind you, the cinching of the first lacing row tends to bunch up the pictured spacer mesh.

If the fit quality of the Triumph ISO 2 has changed, that’s almost entirely owing to the ISOFIT panel update. Shortening of the synthetic area means a larger area of exposed mesh on either sides of the forefoot.

It also equates to the first row of lacing working independently of the ISOFIT clutching system. The first lacing row is mounted directly on the mesh upper by means of speed loops which does not extend inside the upper. 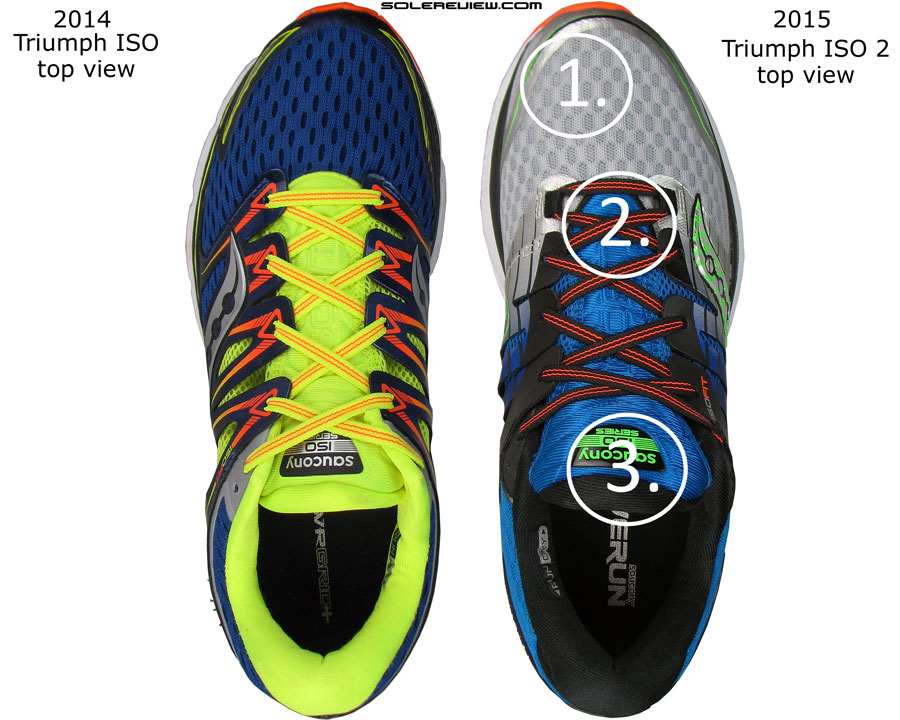 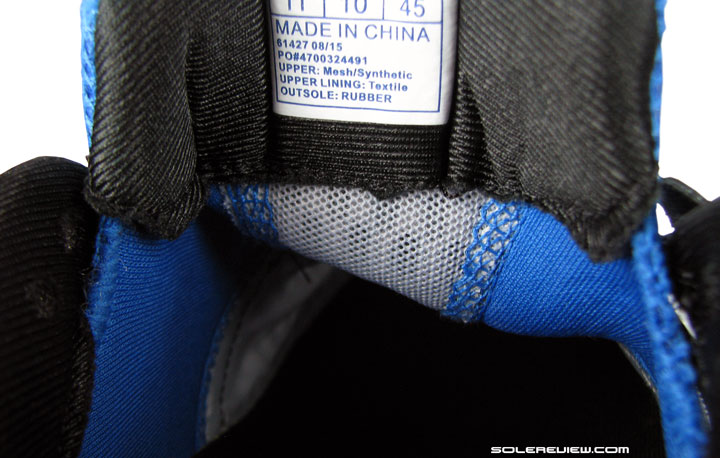 This eases off the lacing pressure under the first and second row of eyelets. The Triumph ISO 2’s tongue is ditto as previous year’s; padded flap near the ankle and molded over the midfoot.

The gap between lacing is the same, and so are the semi-elastic laces seen on other Saucony models. 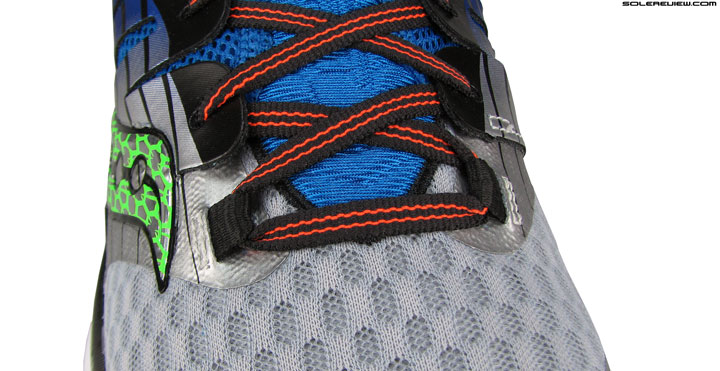 Revising the design of the first two lacing rows is what brings about most of the fit change.

So rather than the tongue padding or lacing width, it is the downsizing of the floating ISOFIT wrap and the position of the first two rows of eyelets which does the trick.