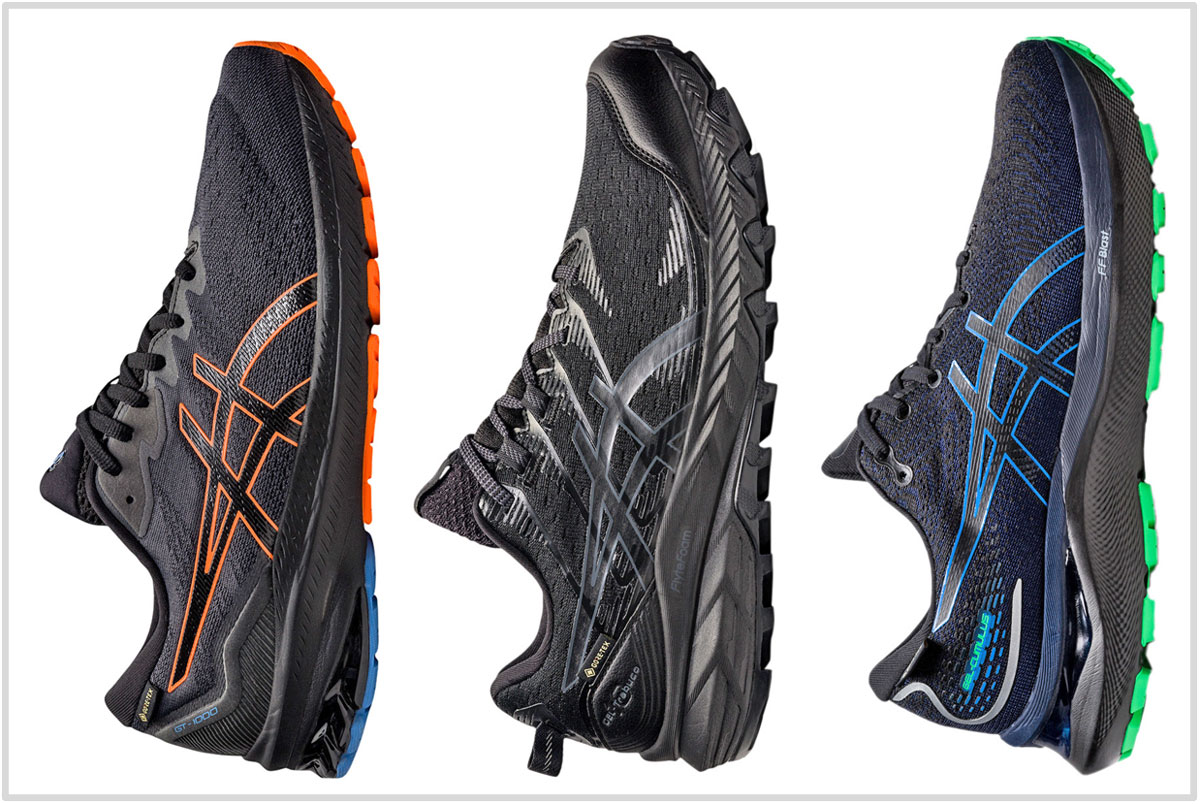 This article has been updated with current models for January 2023. The Asics GT-2000 10 GTX has been replaced with its updated version.

If there’s one thing that Asics is very good at, it’s consistency. The Kayano has been around for nearly three decades, and both the Cumulus and Nimbus are over two decades old.

The same consistency also ensures the availability of Gore-Tex running shoes in their catalog. For example, a GTX version of the GT-2000 and Cumulus is always offered for sale, along with several others like the Gel-Pulse and Trabuco. 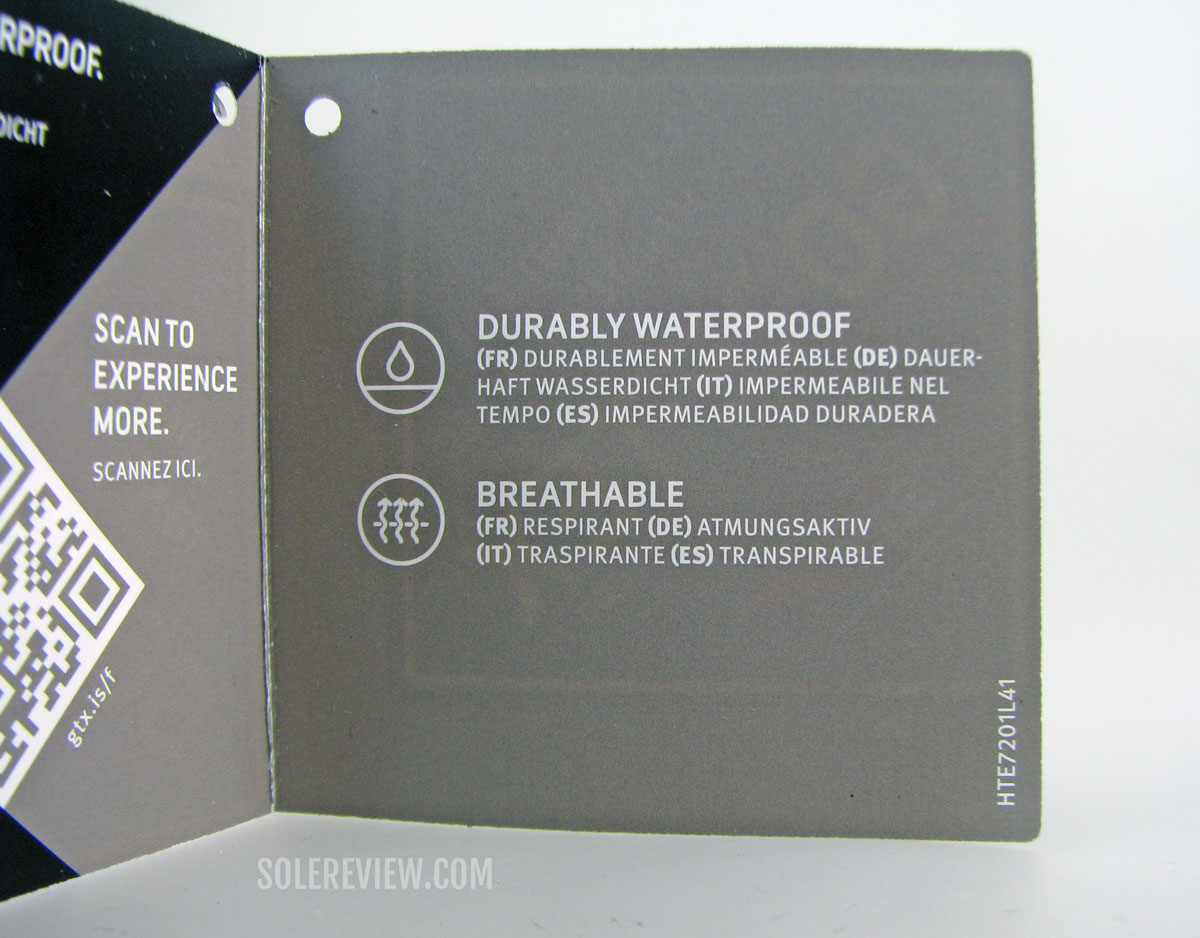 Over the years, we’ve noticed that there’s a lag between the release dates of the regular (non-waterproof) models and their Gore-Tex versions. For example, the GTX version of the Cumulus 24 is arriving nearly six months post-launch, and the waterproof version of the GT-1000 11 is just showing up. 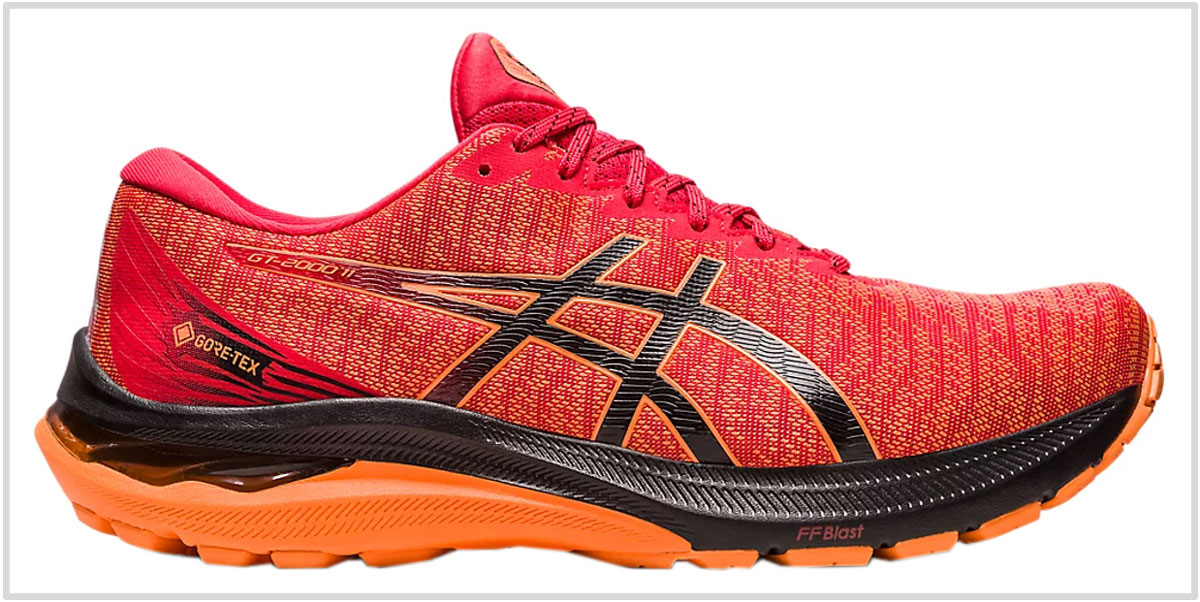 The GT-2000 11 is similar to the V10 in many ways; there’s a firmer medial post co-molded into the midsole, but it’s not visible (or advertised) on the outside. Asics now calls this design the ‘Litetruss’ instead of Duomax. The result is a smoother ride, but with a slight hint of cushioning bias – this makes the GT-2000 11 a very comfortable everyday trainer.

The Gore-Tex variant has an identical ride character, but it has two things the regular GT does not – an internal gusset and a waterproof Gore-Tex lining.

Like most GTX Asics running shoes, only a small Gore-Tex label on the outside indicates that the knit upper is waterproof.

If Solereview had to pick just one shoe out of Asics’s entire running assortment, it’s probably going to be the Cumulus. This versatile neutral trainer can do everything from daily runs to half-marathons. We reviewed the road (non-waterproof) version of the Cumulus here; both models share the same midsole. 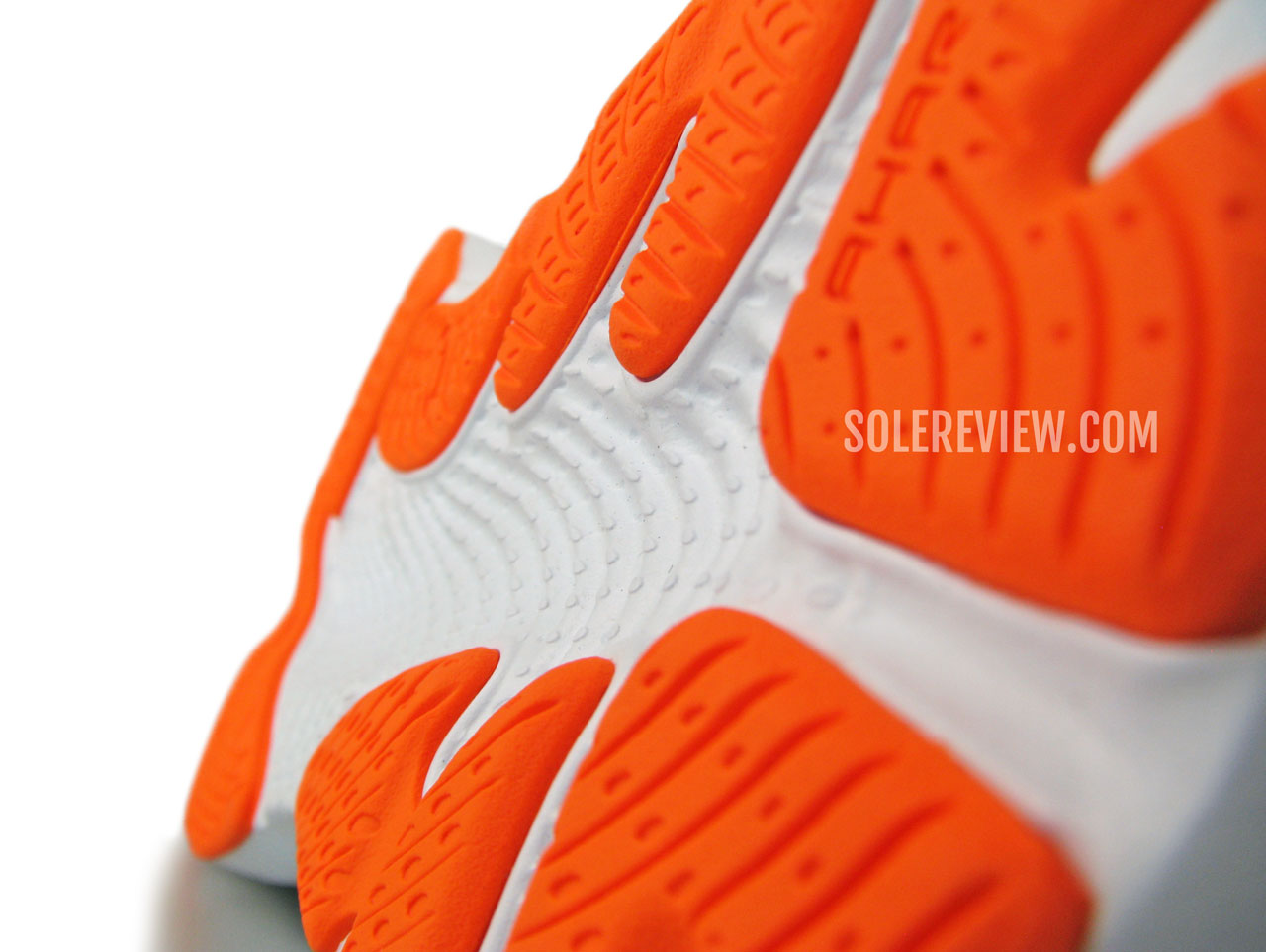 The regular and GTX Cumulus share an identical midsole and outsole.

The Flytefoam midsole is comfortable enough for any distance, but without being mushy. The dual-density foam stack helps with smooth and consistent transitions. This makes the Cumulus versatile for even higher-paced runs.

The 10-mm heel-to-toe offset makes the Cumulus suitable for runners of all experience levels – be it novice, intermediate, or expert.

From the outside, it’s hard to tell that the knit mesh shell is backed with a waterproof Gore-Tex membrane. But it is – and that makes the Cumulus GTX excellent for rainy days and walking on damp roads.

Like the standard Cumulus, the comfortable upper features a plush foam-filled heel and tongue for a secure fit. 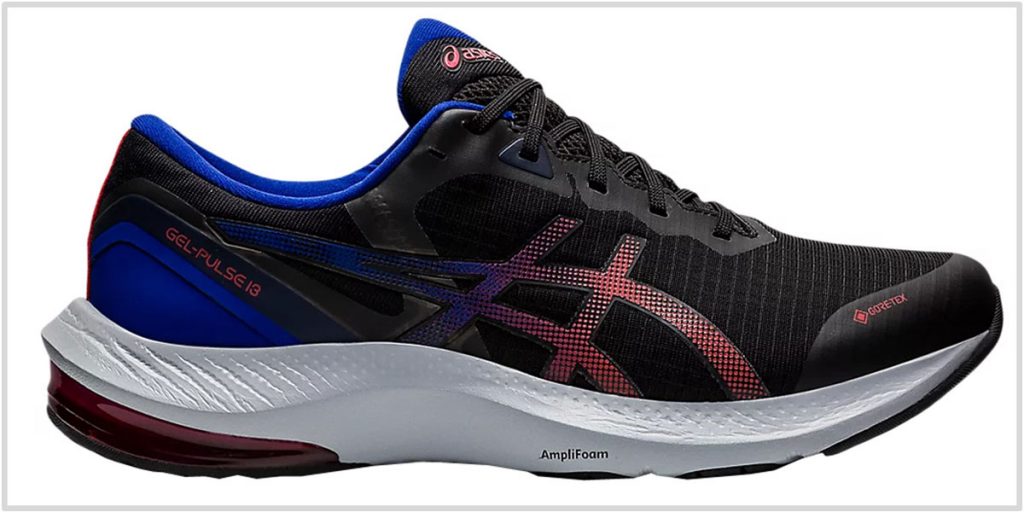 The waterproof Asics Pulse 13 GTX’s $110 price makes it excellent value for money. There aren’t many Gore-Tex running shoes in this price band, and the Pulse is also surprisingly well put together for its price.

Over the waterproof GTX membrane is a ripstop-like mesh upper with fused details for protection and support. A fused toe bumper protects the toes, and a stiff internal heel counter prevents slippage.

The secure upper has a quilted tongue and heel, along with a 6-row lacing setup. Instead of Flytefoam, Asics uses another EVA foam variant called Amplifoam that delivers sufficient everyday cushioning. A five-piece outsole adds traction and durability in high-wear and transition areas.

If you’re not familiar with the GT-1000, allow us to offer a summary.

Asics no longer mentions the medial post, but it exists. The firmer section is blended into the midsole, so it’s hard to tell from the outside. The GT-1000 11 has the smallest wedge, whereas the more expensive GT-2000 has a larger medial post.

The Flytefoam midsole works well for everyday use. While there’s a visible Gel unit under the heel, it doesn’t make any difference in the cushioning.

The rest of the shoe is very basic. A breathable mesh upper offers a snug fit that’s seamless and secure. On the waterproof variant, the Gore-Tex membrane does not affect the upper fit. 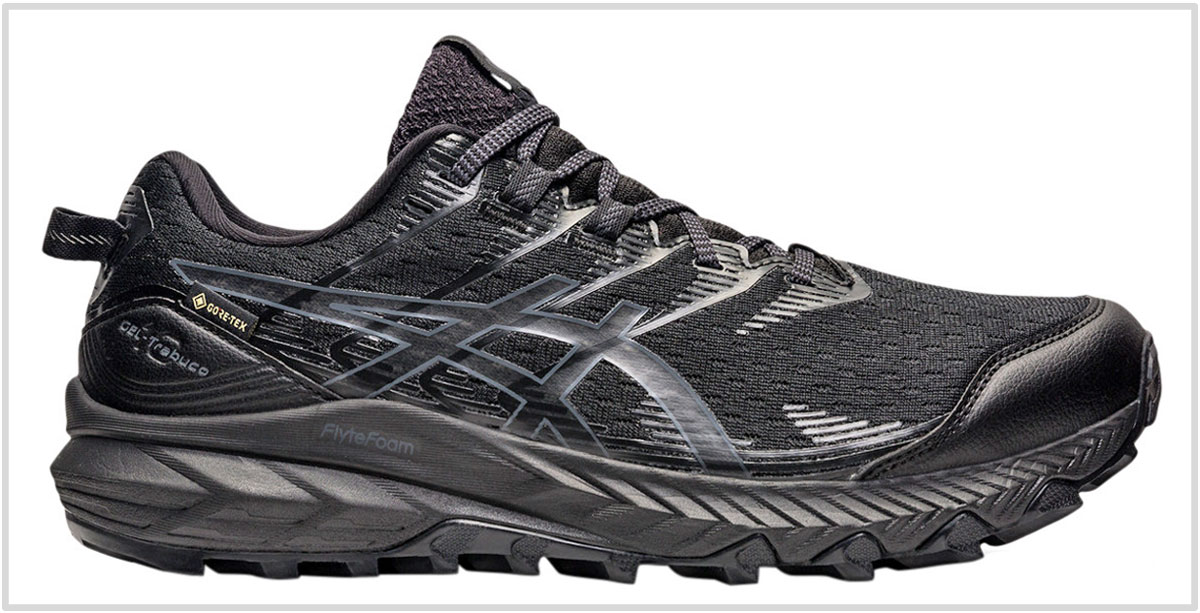 Within Asics’s tiny selection of trail running shoes, the Trabuco 10 tries hard to be a do-everything trail shoe.

The Flytefoam midsole is comfortable enough for long trail runs, whereas the specially-formulated outsole rubber grips well on the trail.

The medial post makes the Trabuco a one of its kind. The firm wedge makes the midsole supportive on the inner side, but without a noticeable cushioning bias. For all practical purposes, the Trabuco 10 comes across as a supportive neutral shoe.

The closed mesh and fused overlays make the Trabuco 10’s upper secure and protective on the trails. The Trabuco 10 is offered in both regular and waterproof (Gore-Tex) variants. Both versions share the same midsole and outsole, and have a price gap of $20.

The Pulse 13 GTX offers great value for money within Asics’s road-running catalog, and the Sonoma does the same for the trail-running category. The waterproof $100 Sonoma 6 GTX has all the functional bits that a basic trail running shoe is supposed to have.

The Gore-Tex upper blends the old with the new. We say that because the toe-bumper and heel overlay gets a traditional treatment; they are stitched on instead of being fused. However, both construction methods achieve the same result. The layered upper protects and secures the foot on the trail.