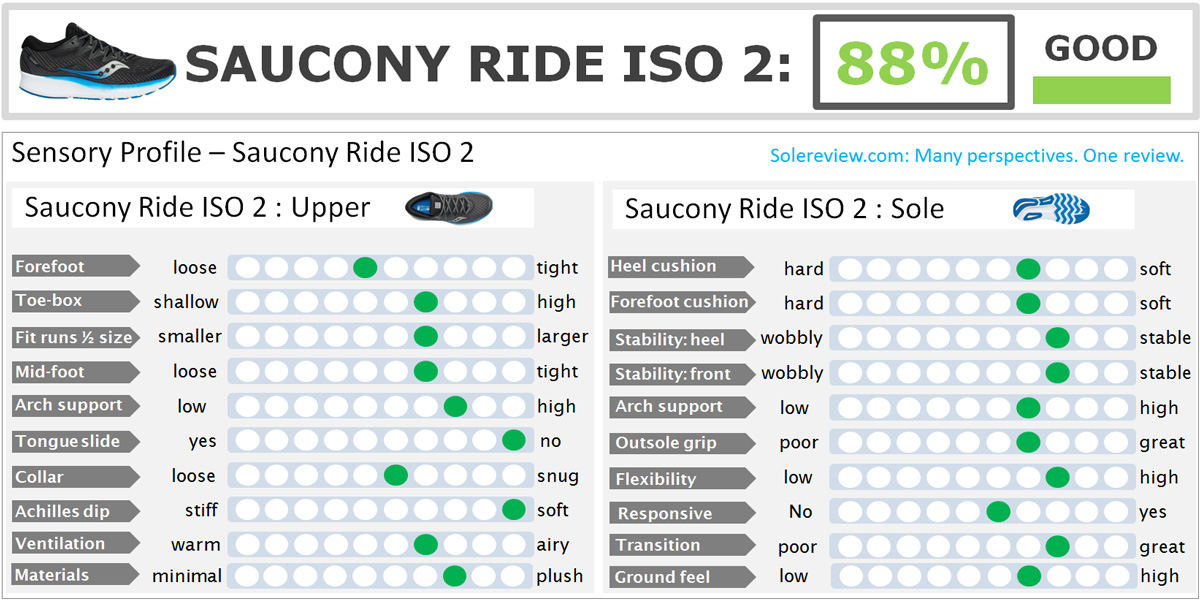 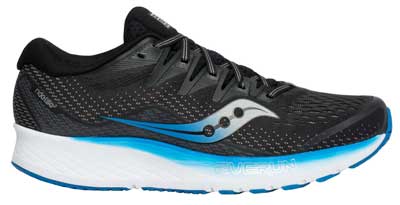 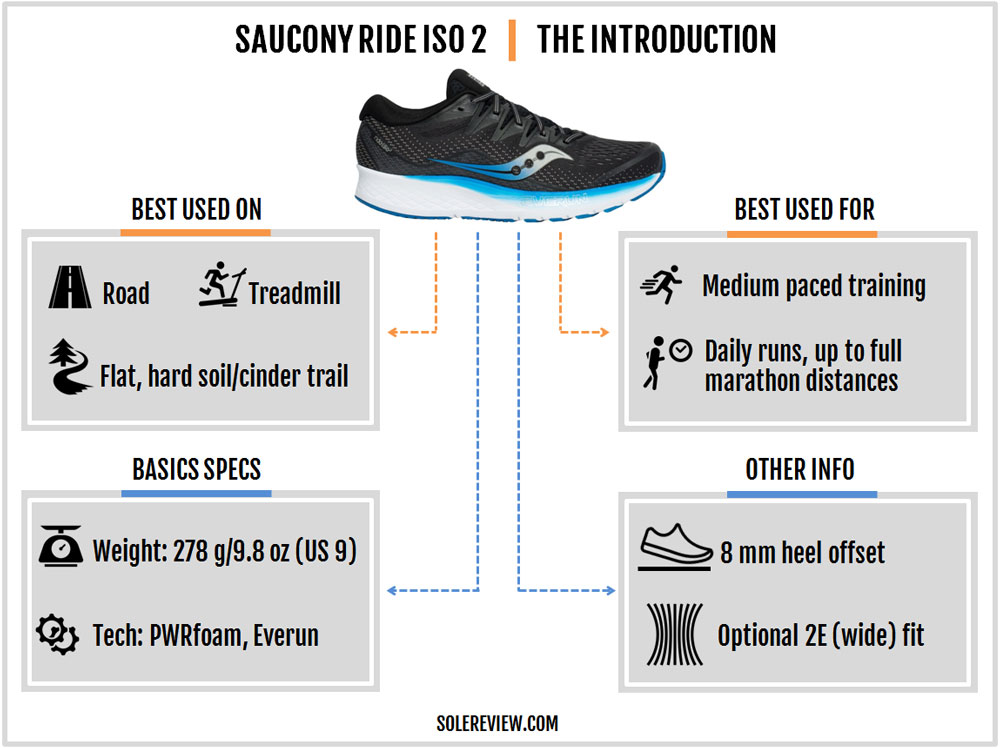 While we were always a fan of the Saucony Ride’s just-right midsole cushioning, we had mixed feelings about the ISOFIT upper. It never felt complete; there was always something or the other which required fixing. So while we appreciated the Ride ISO’s versatile nature, we docked points due to its work-in-progress upper.

We were pleasantly surprised with the design improvements made to the ISOFIT upper on the Guide ISO 2 – a medially-posted shoe which is the stability version of the neutral Ride ISO. At the time, we hoped that the Ride ISO 2 will receive similar changes.

And it has. Not only does the 2019 Ride ISO 2 come with a reworked – and more importantly, improved ISOFIT set-up, but also manages to make the ride experience better.

This doesn’t mean that the Ride ISO 2 has strayed from its core. It remains the dependable neutral trainer which is comfortable enough for long-distance runs while being lively enough for daily runs of various speeds.

The tweaked upper reduces materials over the midfoot by removing the ISOFIT lacing loops. The eyelets are now punched directly into the flat straps and lie flush over the tongue. The straps aren’t separated by a deep notch so the entire midfoot panel does a better job at wrapping the midfoot. The new forefoot mesh takes inspiration from the Triumph ISO 5 by being softer and more breathable.

Though the ride quality is similar, improvement is noticed in the way the outsole works together with the midsole. The forefoot uses thinner Crystal rubber lugs and wider flex grooves.

In the rear, the heel crash pad gets a deeper transition groove. There’s an updated Everun Topsole too. The overall ride is marginally softer than the Ride ISO, but only just. 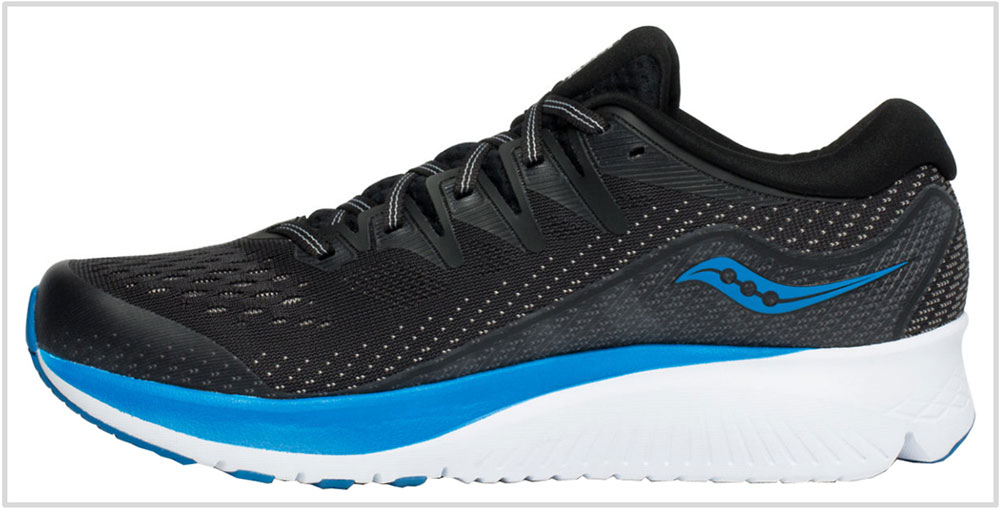 Regardless of the version, the Saucony Ride has never been the running shoe to offer a plush or cushy ride.

Even as way back as the Ride 7, the midsole struck the right balance between cushioning comfort and supportive firmness. This is one of the reasons why the Saucony Ride has been able to hold its own in a highly competitive niche. 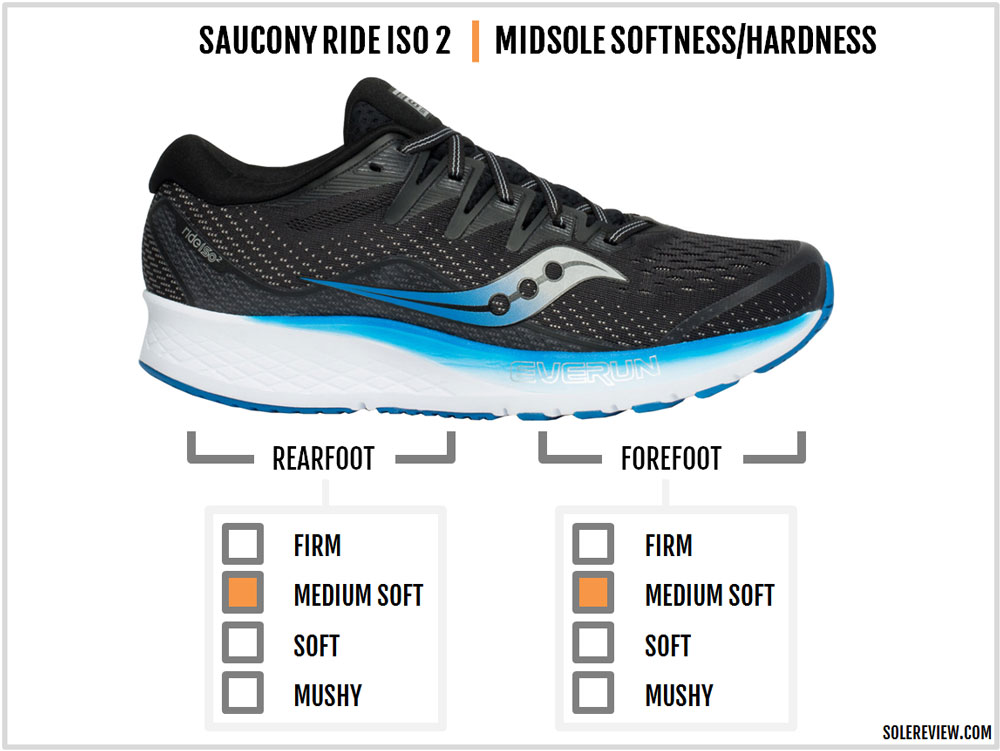 Having this kind of ride character helps the shoe capable of many tasks – be it that of a comfortable daily trainer or a long-distance cruiser. The multi-faceted personality of the Saucony Ride doesn’t change for 2019. The Ride ISO 2, like the others before it, is a versatile running shoe.

Not a lot has changed since we last saw the shoe. The last year’s model had a firm, single-density EVA foam midsole with an Everun Topsole and a removable footbed.

The ISO V1’s dual-compound outsole was split into multiple sections, a layout which made the transitions smooth and the lugs grippy. While the Ride ISO 2 retains most of what made the 2018 model, there are small updates which make the 2019 edition better.

Let’s start with the outsole.

We first saw the new transparent ‘crystal rubber’ compound on the Freedom ISO. This material allows the outsole to be thinner yet more durable. Since the Liberty, many Saucony models have switched to this rubber – the Saucony Triumph ISO 5 included.

This is the first iteration of the Saucony Ride to feature crystal rubber. It does so only partially, replacing only the forefoot blown rubber with the said material.

At the same time, the flex grooves gain width and depth – a luxury afforded by reducing the number of rubber strips. The Ride ISO had five chevron-shaped strips; the Ride ISO 2 has only four, but they are fully independent instead of being linked together.

Though the level of flexibility benefits here, there’s another change. The forefoot feels better connected to the ground, less stiff, and works better with the midsole than the Ride ISO.

This has a lot to do with the flatter and thinner outsole geometry which lacks the raised lug profile of the earlier Ride versions. For example, the medial outsole lug under the heel is flush with the midsole.

Isolating the strips with the wide grooves means that they compress better when loaded, thus making the ride softer under the foot.

There’s a change in the rear too. The transition groove splitting the outsole is wider and deeper than the Ride ISO. The rubber lugs also have an open groove in the center. These changes help the lateral heel become more compliant during landings and transitions.

The deeper groove under the heel adds cushioning and keeps the weight centered.

Stability is an area where the Ride ISO 2, like its predecessors, excels at. The EVA midsole has a firm density so it doesn’t deform as easily as softer midsoles.

The midsole sidewall lacks a compression groove so the ride is very balanced and neutral. This has been the case for the last three Saucony Ride versions, starting with the Ride 10 which left the SRC crash-pad behind and adopted a single-density midsole.

The insole is nearly identical to last year, so calling it Formfit is just re-labeling. The Everun topsole gets an updated design. It still has the same thickness but now comes in a different color and has a slightly different (finer) molding. Now you can’t see the individual TPU globules; the surface looks like compression-molded EVA. 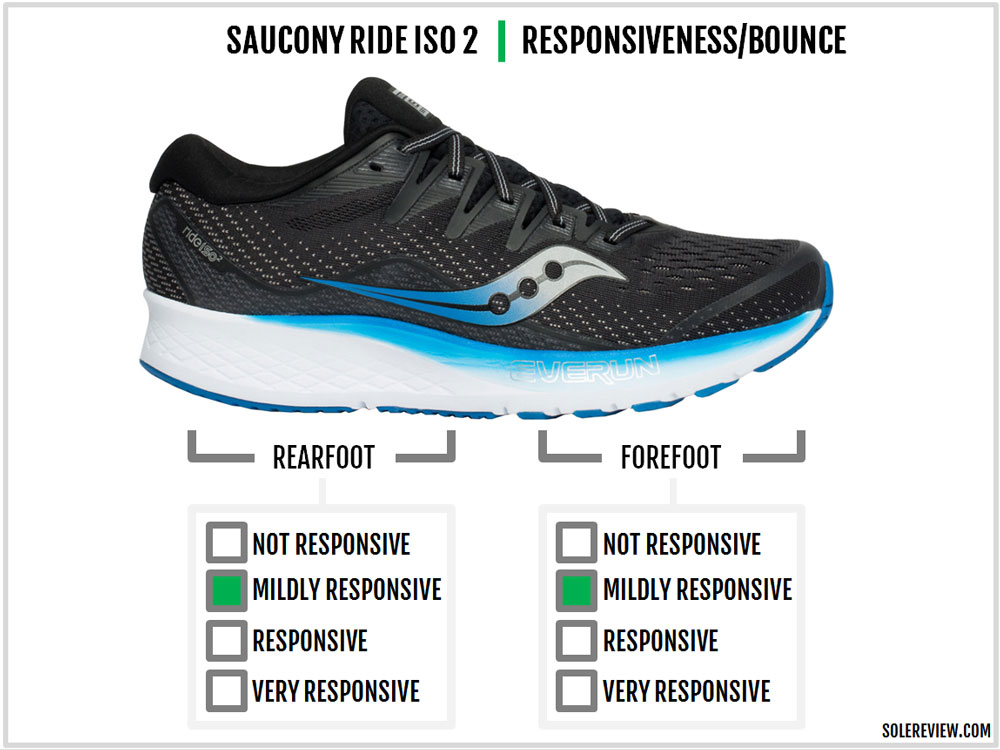 While it is hard to tell the functional difference between the older white Everun Topsole and the new Lime-green one, both the insole and the topsole add plenty of step-in comfort right out of the box. The ISO 2 doesn’t have the springy feel of non-EVA foam, but the Everun Topsole tries hard.

These top layers make the Ride ISO 2 a comfortable shoe for long-distance runs at easier paces. That being said, the shoe is better utilized as a daily trainer which works equally well regardless of the pace or foot-strike type.

Forefoot strikers will appreciate the improved transition quality of the crystal rubber outsole and the planted ride from the flared midsole. Heel strikers get a supportive platform with cushioned landings. The firm midsole also helps you build speed without worrying about soft spots.

To sum up, the Ride ISO 2 is a running shoe which hits all the sweet spots without being spectacular in one area – and that’s what most neutral trainers in this class are good at. 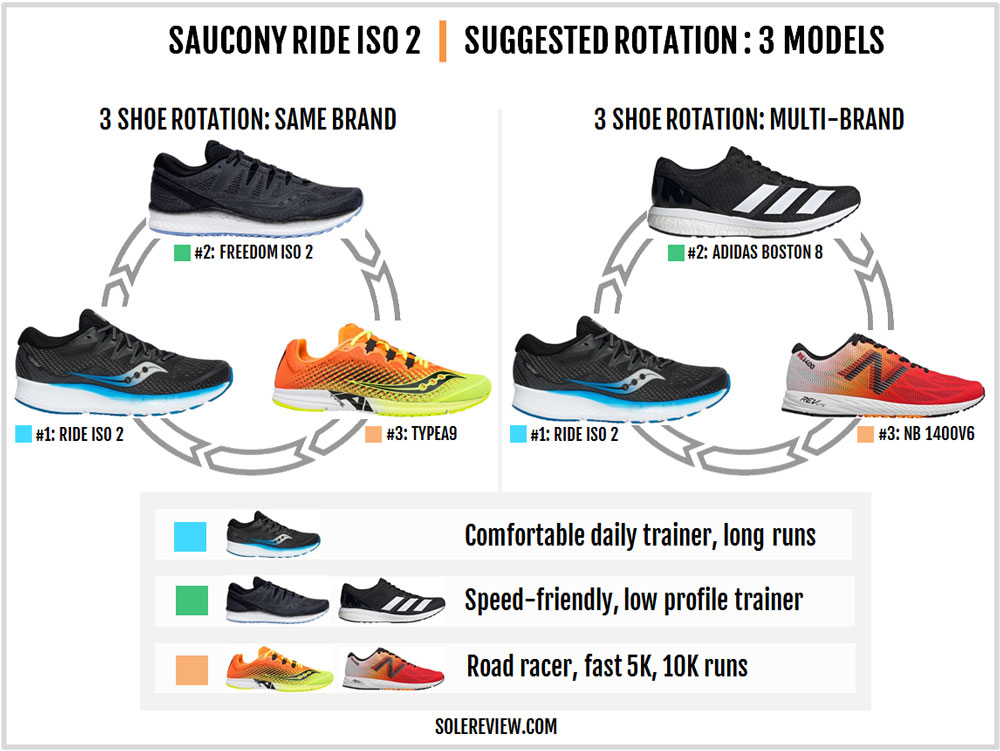 Ever since Saucony discontinued the Breakthru, the brand lacks a firm shoe option for slightly faster runs.

You have to make do with either the Saucony Freedom ISO 2 or the Kinvara 10. We recommend the Freedom ISO over the Kinvara due to its more responsive ride and a full-coverage outsole which helps build up speed. If not a Saucony, then the adidas adizero Boston 8 is great too.

The Saucony Type A9 is great for fast road races or high-intensity interval training. A shoe comparable to the A9 would be the New Balance 1400V6.

IS THE SAUCONY RIDE ISO 2 DURABLE? 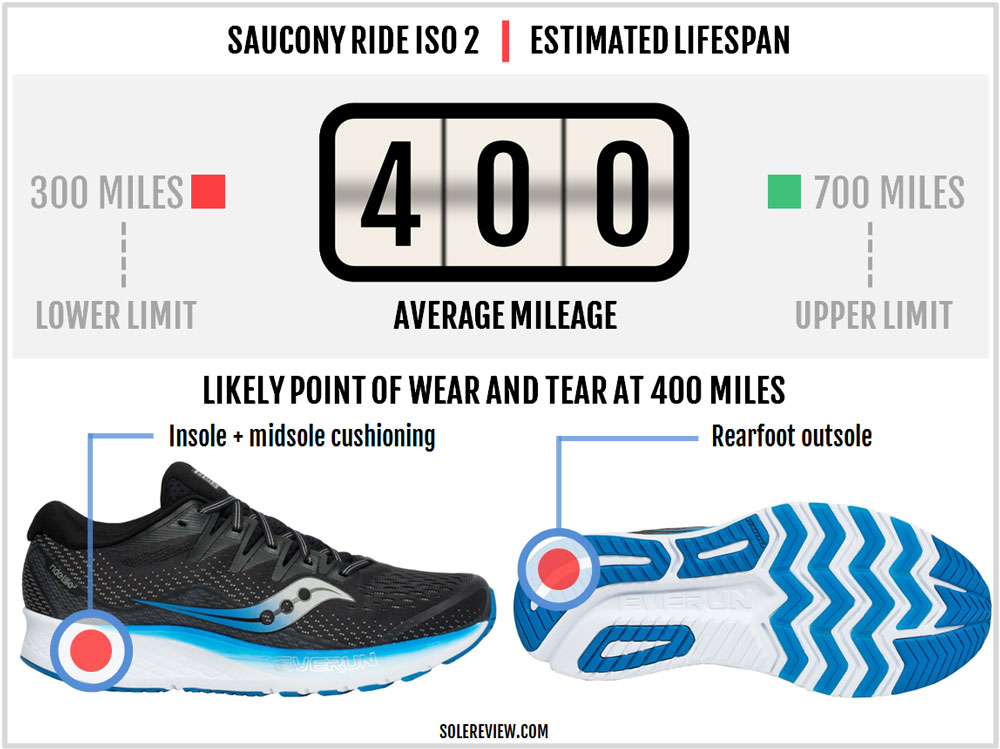 Swapping the softer blown rubber compound with crystal rubber improves the outsole durability. In the rear, it’s the same old XT-900 rubber so wear and tear will gradually happen – especially on the lateral/outer edge.

The Topsole is made of indestructible Everun foam but the removable insole is not. While the Everun layer does a great job of sustaining its cushioning, the insole will eventually compact. The upper, as evident from the Ride ISO, is fairly robust. All in all, the Ride ISO 2 will be good for around 400 miles of ownership. 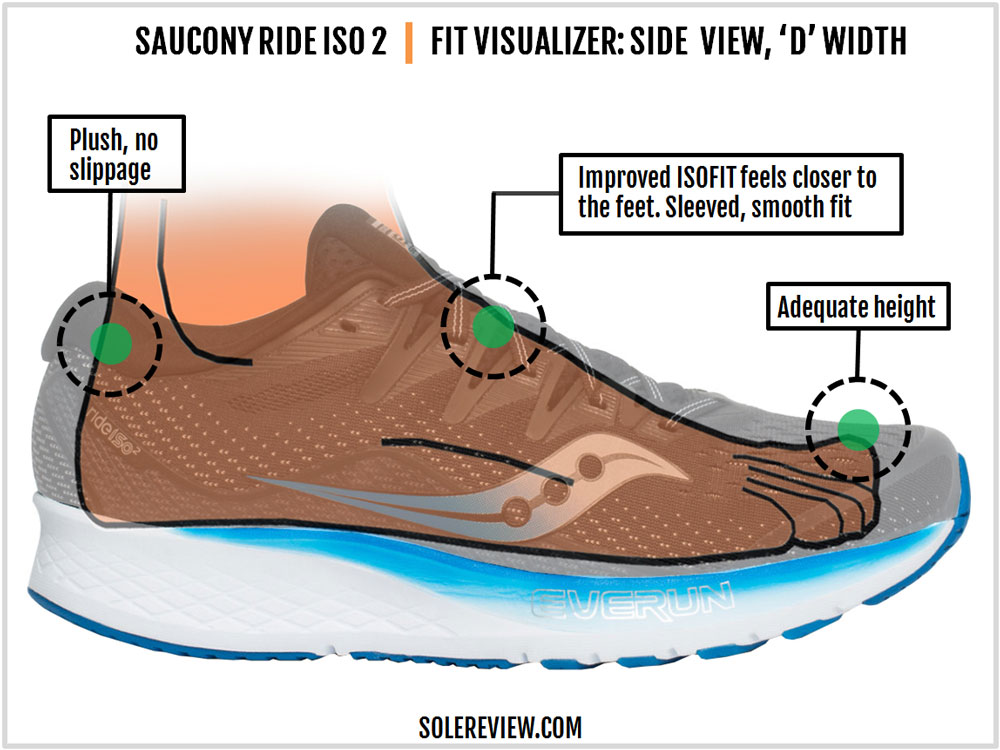 If you felt that the ISOFIT upper of the 2018 Ride ISO needed improvements, there’s good news. The 2019 model has a reworked midfoot upper with a better fit.

The straps on the last year’s ISOFIT panel formed loops which connected to the laces. That is no longer the case, as the ISOFIT design ditches the loops in favor of punched eyelets. The lacing area is reinforced with fused overlays and a backer fabric to make them tear-resistant. 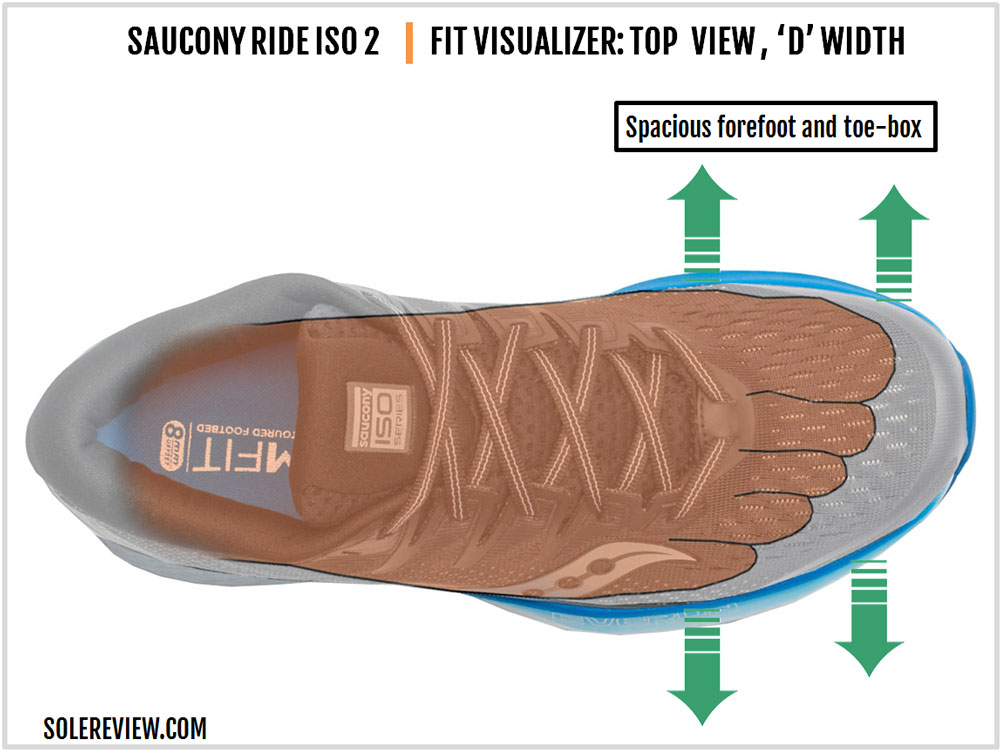 This update reduces the sense of bulkiness which plagued the Ride ISO and also helps the panel lie plush over the tongue. As a result, the upper lock-down is closer to the feet and feels more secure – and in a nice way.

The engineered mesh on the Ride ISO 2’s forefoot is lightweight, breathes well, and feels comfortable atop the foot. While there’s an optional 2E (wide) available, the regular width offers sufficient splay room. The sizing fits true, and the toe-box gets the height and width proportions right.

The heel and tongue are generously quilted with foam. They fit and feel the same as the Ride ISO – plush and grippy with an Achilles-friendly collar. The tongue is directly connected to a sleeve and creates a smooth-fitting interior.

Having a sleeve means that the flared part of the Formfit insole rests on it inside the upper. This creates a sense of under-arch support, even though the midsole lacks a flared sidewall.

ISOFIT uppers tend to run slightly warm, and the Ride ISO 2 is no exception. The plush heel and tongue make the midfoot feel warmer than the breathable forefoot.

The slats separating the ISOFIT straps are shallower than before. So there’s a decreased movement of the panel during runs – which results in a superior fir experience. This tweak also creates a more streamlined exterior.

Saucony has also cleaned up the layering on the outside. To be specific, the logo is smaller on the inner upper and has been relocated to the rear. A large transparent fused panel with colored borders reinforces the upper mesh without creating design clutter.

Two things stay the same as before. There’s a reflective strip over the heel which helps with running in low light conditions. The laces are flat and semi-elastic with a just-right length, just like the Ride ISO V1. 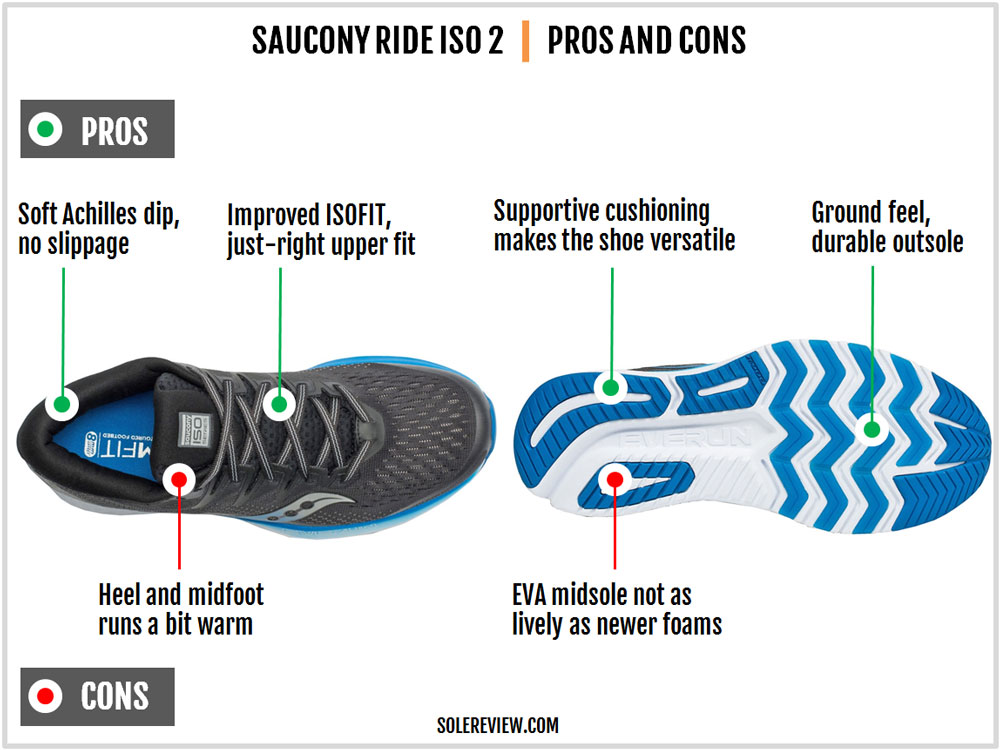 The Ride ISO 2 is one of those shoes which adapt to various running conditions with ease. The insole and topsole provide plenty of step-in comfort if you’re going slow. During daily runs at higher speeds, the firm midsole and the segmented outsole works together to produce a smooth, pace-friendly transition.

ISOFIT has been fine-tuned with improvements so the midfoot and heel grip effectively without feeling bulky. The new mesh breathes well, though the uber-padded heel and midfoot sleeve make the shoe slightly warmer. 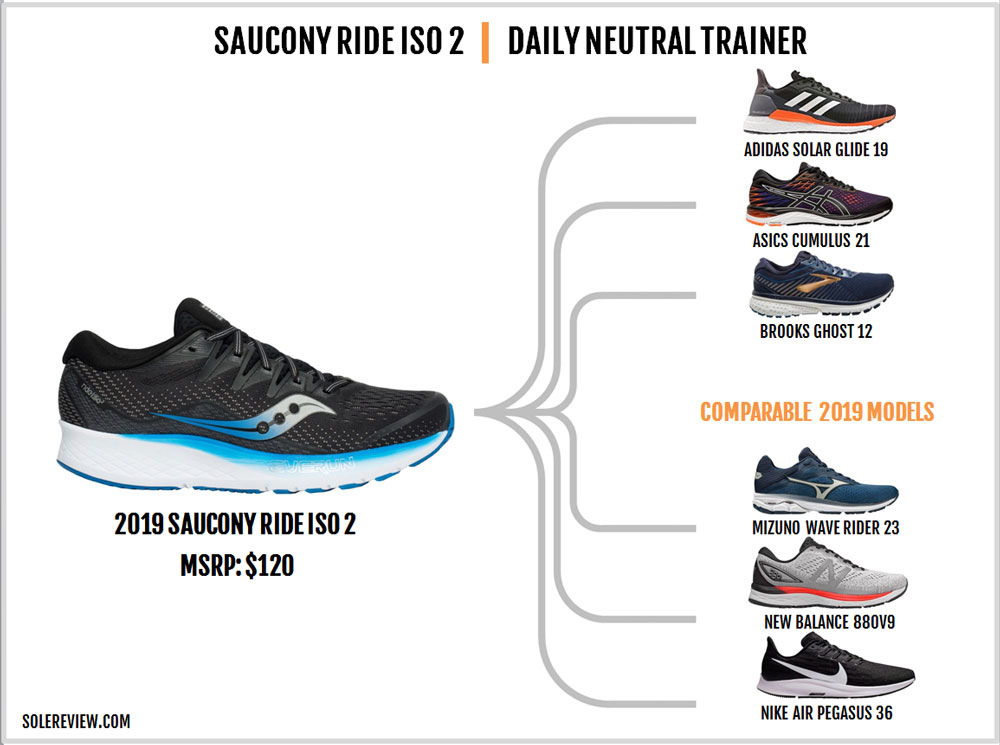 There are so many neutral trainers which sell in the $120 – 130, so take your pick. The Nike Pegasus 36 and the Mizuno Wave Rider 23 serve firm and supportive cushioning, albeit in different flavors.

If soft cushioning of a single-density kind is what you prefer, then try the adidas Solar Glide 19 with its full-length Boost foam midsole. The Solar Drive is also worth taking a look at if you prefer a soft ride with a touch of top-layer midsole firmness. 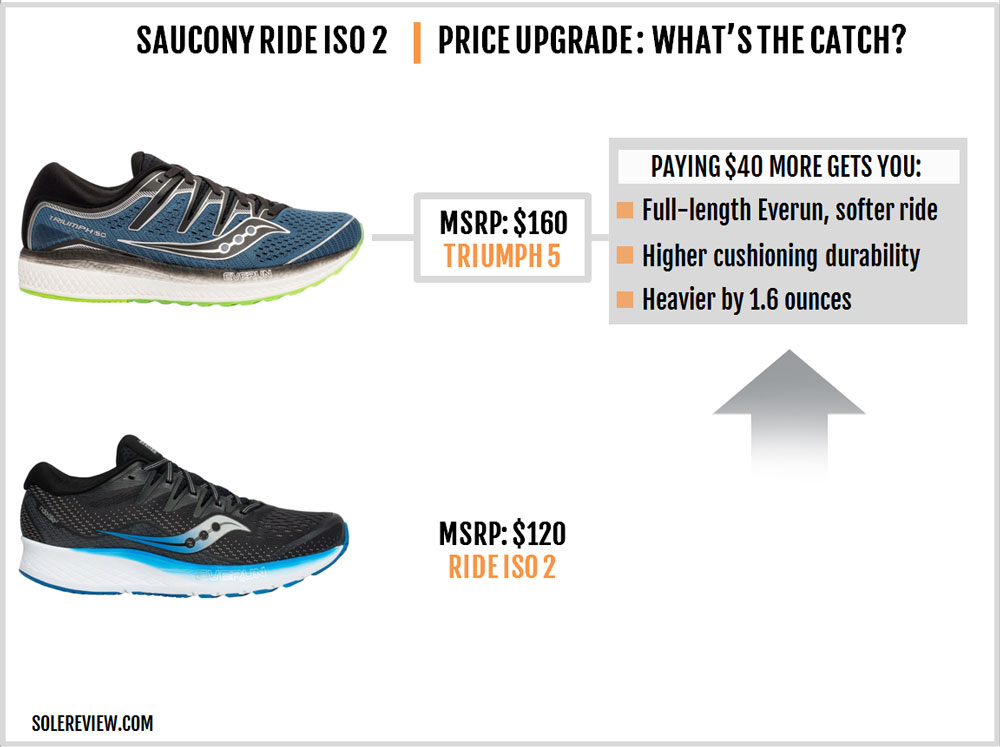 It would be wrong to view the Triumph ISO 5 as a ‘more cushioned version’ of the Ride ISO – because that’s not what it is. The full-length Everun midsole delivers a denser sense of cushioning but at the cost of higher weight.

The higher weight and a softer midsole make the Triumph ISO 5 better suited for long-distance runs at slower paces. The spacious upper also helps. On the other hand, the lighter Ride ISO has better versatility as a daily trainer.